The village of Muhutwe in Kagera region has a special relationship with Uganda's president, Yoweri Museveni. During his years in exile from Uganda he spent some time at Muhutwe, in the western Tanzania region of Kagera.
He reportedly lived in the house, pictured above, where he rented a small room. My guide during the trip to Muhutwe told me the room was packed with books. The landlord did not know who Museveni was until Museveni returned to the village of Muhutwe as president of Uganda and visited his former residence. 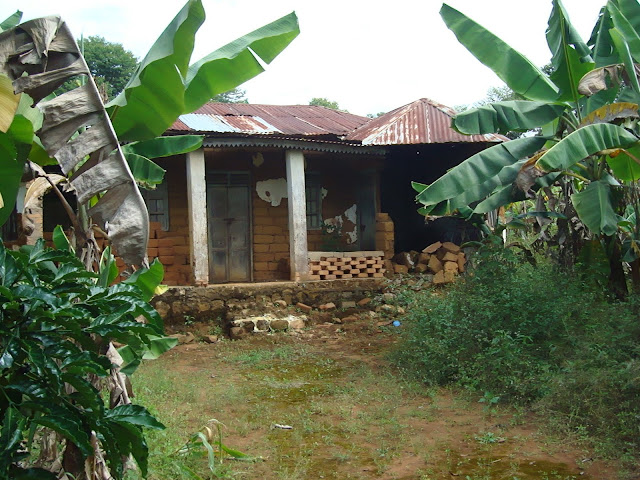 President Museveni not only decided to build a house for his former landlord, but even decided that two secondary schools should be built in Muleba district: one at Muhutwe, and another one at Kamachumu.
The decision was not received with approval by some Ugandans who complained that President Museveni should have spent that money in Uganda.

According the the Ugandan High Commissioner to Tanzania, Ibrahim Mukiibi, the schools were built as a gesture of friendship from Ugandans to Tanzania for the good job that the Tanzanian army had done in the war that toppled the former ruler, Idi Amin in 1979.

Post related to this one:
http://madarakanyerere.blogspot.com/2010/09/update-school-built-by-president-yoweri.html
Posted by Madaraka at 15:30

Email ThisBlogThis!Share to TwitterShare to FacebookShare to Pinterest
Labels: people, this and that, travel