Oscar nominee Deirdre Lorenz is in Moshi for the Mt. Kilimanjaro Marathon

Hollywood star Deirdre Lorenz has arrived in Moshi to participate in this year's Mt. Kilimanjaro Marathon on Sunday 24th June.

A press release issued by the organizers has revealed that Lorenz arrived at the Kilimanjaro International Airport on an Ethiopian Airlines flight. The airline is the sponsor of the marathon.

Lorenz has featured in a number of films including Santorini Blue, Perfect Strangers, and the Big Fight.
Speaking to members of the press, Lorenz revealed that she heard for a long time that Mt. Kilimanjaro was in Kenya and she is extremely pleased to arrive and discover that this World-famous mountain is in Tanzania. "I have been publicizing my visit on my blog, and my fans and many people are awaiting my return so that I can tell them what I have witnessed," she said.

Lorenz has been nominated three times for an Oscar for her acting roles.

The Mt. Kilimanjaro Marathon is the brainchild of Mary Frances and was launched in 1991 following a request to her by a former Tanzanian ambassador to Egypt. The Mt. Kilimanjaro Marathon is part of the 7 continental races. The marathon has become famous worldwide and has received prestigious awards including from Wonders of the World magazine with a readership of 5 million which ranked the marathon in second place as the most prestigious marathon in the world, while Forbes lists the marathon as the most prestigious. Mary Frances has been honoured by the Moshi Municipality with a boulevard in her name.

Apologies for dragging my way through this post series of the year 2011 in review. I was away climbing Mt. Kilimanjaro and I hope to complete this review soon. 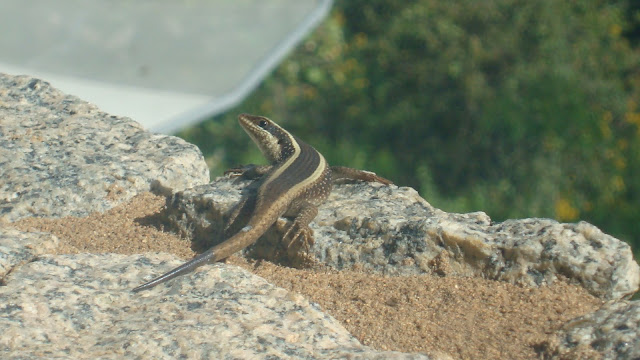 A striped lizard caught my eye at the edge of the wall outside my bedroom window. One of these lizards once found its way into my bedroom. I intended to release it back to the outdoors but forgot and traveled for more than a month. I believed I would have found it dead of starvation, but it was still alive except for being extremely weak. 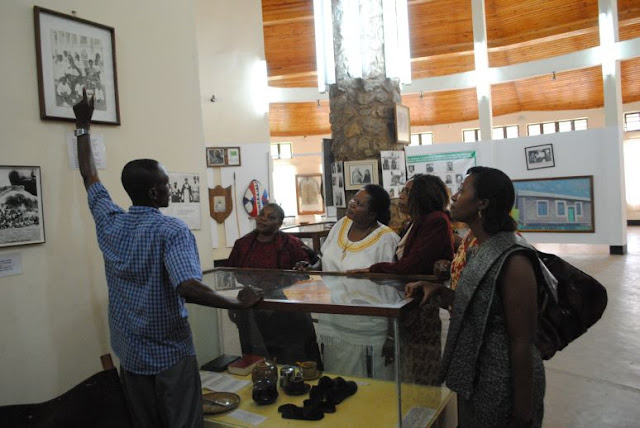 A group of visitors from Mugumu in neighboring Serengeti district toured Butiama and the Mwalimu J.K. Nyerere Museum, above. 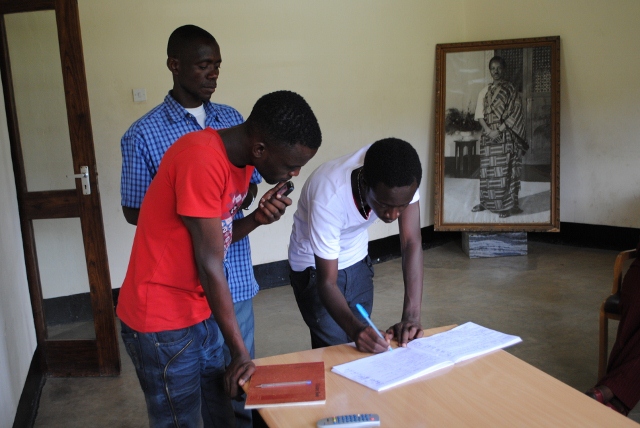 The visitors included three young men who also signed their names in the visitors book at the museum. 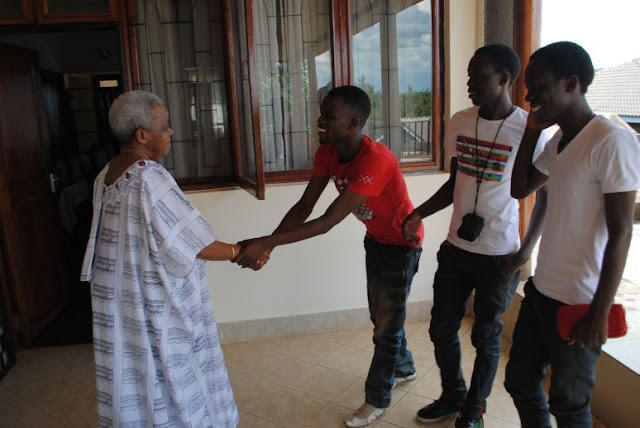 Links to this post
Email ThisBlogThis!Share to TwitterShare to FacebookShare to Pinterest
Labels: 2011 in review, Mama Maria Nyerere, this and that, Visitors to Butiama

The recently-appointed District Commissioner to Tanzania's newest district, Butiama, was officially welcomed to the village of Butiama yesterday by Butiama's residents.

﻿ The hosts included member of parliament for the Musoma Urban, whose constituancy covers the new district of Butiama.

﻿ Yesterday's event included speeches, cultural performances, and a sumptuous lunch at the culmination.
﻿
﻿﻿ The district commissioner was accompanied by members of her family, including her father, Mzee Lubala, who was one of the first district commissioners of independent Tanganyika whose first appointment was in Kwimba district. In his short speech at Butiama he said: "The position of district commissioner is not hereditary. My daughter has not been appointed to this position because she is my daughter; she is a competent leader."

Posted by Madaraka at 15:40 No comments: 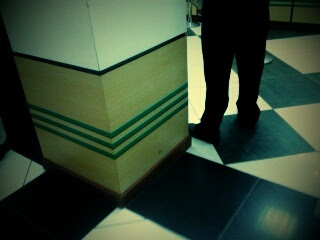 I am standing in line at a bank in Moshi for more than thirty minutes. I will not name the bank. There should be four tellers serving more than 20 clients.

But not a single client has been served and I suspect that tellers 4, 5, 6, and 7 have all decided to take their lunch breaks at the same time.

As I was about to continue in this paragraph to describe the less than satisfactory service provided by this unnamed bank, an employee has announced "they will be ready after 30 minutes."

I would assume there is a technical fault that is causing the delay. I can also assume that the four tellers need those extra minutes to clear their lunch plates.

Prime minister Mizengo Pinda gets a new name in Angola

The Prime Minister Mizengo Kayanza Peter Pinda, who was recently in Angola for the Extraordinary Summit of the Southern African Development Community (SADC) held from 31 May to June 1, seems to have left some Angolans tongue-tied in pronouncing his name.

He was referred in the same online news report as both "Juno Pindo" and "Pindo Juno" prompting me to imagine that the television and radio newscasts may have created even greater challenges in pronouncing his name. If the Angolans have failed to correctly write his name, they probably could not be expected to pronounce it correctly either.

It is difficult to explain how "Juno Pindo" was extrapolated from "Mizengo Kayanza Peter Pinda". The only likely explanation is that any foreign name triggers some laxity or deficiency of the human mind that causes even the simplest name to become garbled in both written and spoken forms.

Having said that I still don't see where "Juno Pindo" came from.
Posted by Madaraka at 00:33 1 comment:

Links to this post
Email ThisBlogThis!Share to TwitterShare to FacebookShare to Pinterest
Labels: people, this and that

The weather on Mt. Kilimanjaro 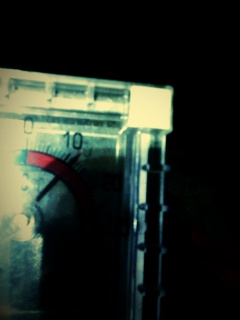 Inside my tent at Barranco Camp on Mt. Kilimanjaro, altitude 3,900m above sea level, it is 11°Centigrade.

Outside it is probably 5 degrees colder with a clear sky and a gentle wind.

The weather in Moshi 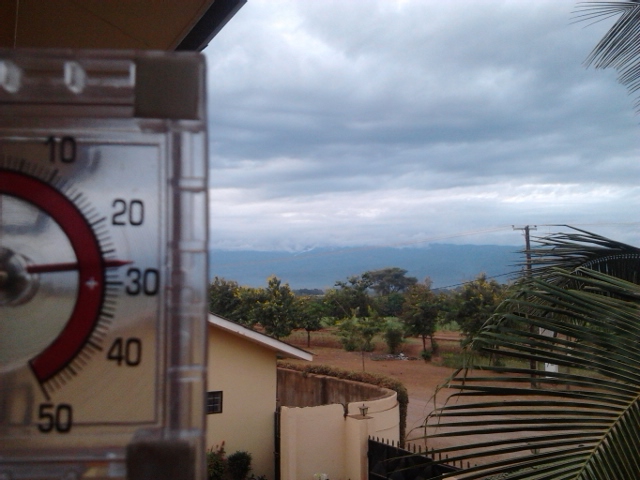 It is mostly cloudy in Moshi. The temperature is just above 26° Centigrade. There is a slight wind.

Mt. Kilimanjaro (in the background) is covered by thick rain clouds, and the ceiling is probably as low as 1,500m.

posted from Bloggeroid
Posted by Madaraka at 18:16 No comments:

Links to this post
Email ThisBlogThis!Share to TwitterShare to FacebookShare to Pinterest
Labels: Mt. Kilimanjaro, this and that

The weather in Moshi 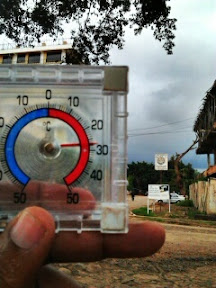 It is 27° Centigrade in Moshi and cloudy. It is raining on Mt. Kilimanjaro.

posted from Bloggeroid
Posted by Madaraka at 07:45 No comments:

Links to this post
Email ThisBlogThis!Share to TwitterShare to FacebookShare to Pinterest
Labels: Mt. Kilimanjaro, this and that
Newer Posts Older Posts Home
Subscribe to: Posts (Atom)