Visitors to Butiama: Leaders of the new political party, CCJ 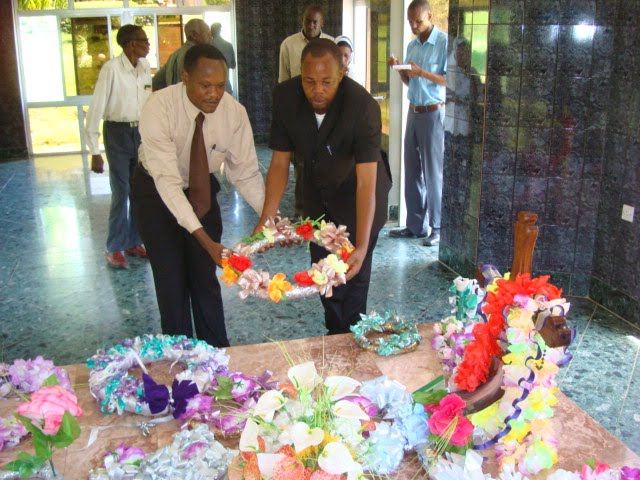 Photo: CCJ's Secretary-General Renatus Muabhi, left, and the party's Chairperson, Richard Kiyabo, place a wreath at the tomb of former Tanzanian president Mwalimu Nyerere at the enclave of Mwitongo, in the village of Butiama.

The leaders were at Butiama to visit Mwalimu Nyerere's grave and to pay a courtesy call on Mwalimu Nyerere's family. CCJ's constitution states it will implement some of the policies that were followed by Mwalimu Nyerere. CCJ describes itself as party that will follow Social Welfarism ideologies. 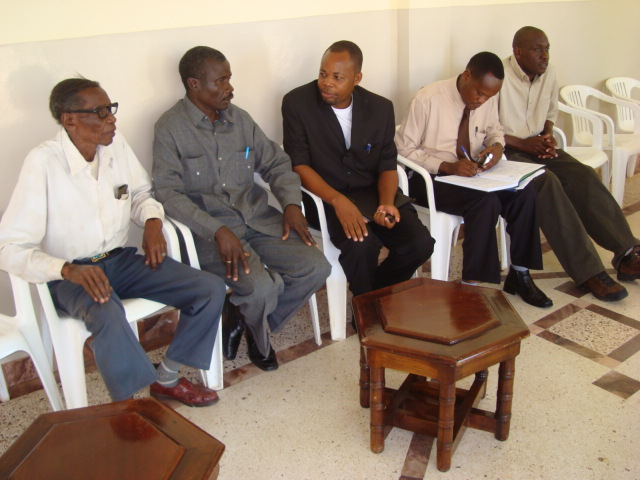