I am beginning to post information on people I know who have scaled Mt. Kilimanjaro, including those who join me every year on the annual Mwalimu Nyerere charity Climb. 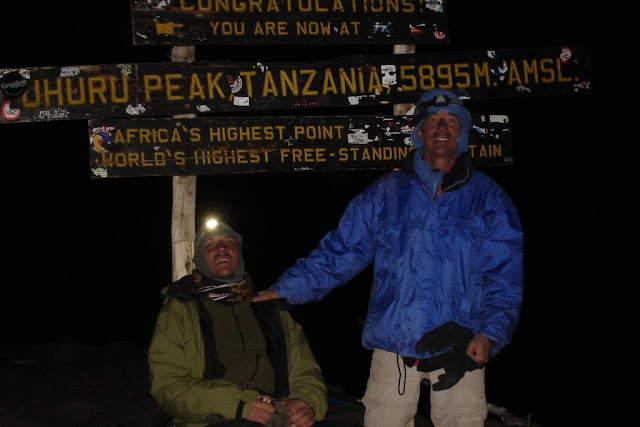 The first entrant is Markus Geiger (top, right), a Swiss national who works at Musoma. He climbed Kilimanjaro last year with his son who visited from Switzerland and is seen on the photo above, left.

Markus told me they were the last to leave Barafu Camp on the final trek to Uhuru peak but were the first to reach the summit having left other climbers behind. 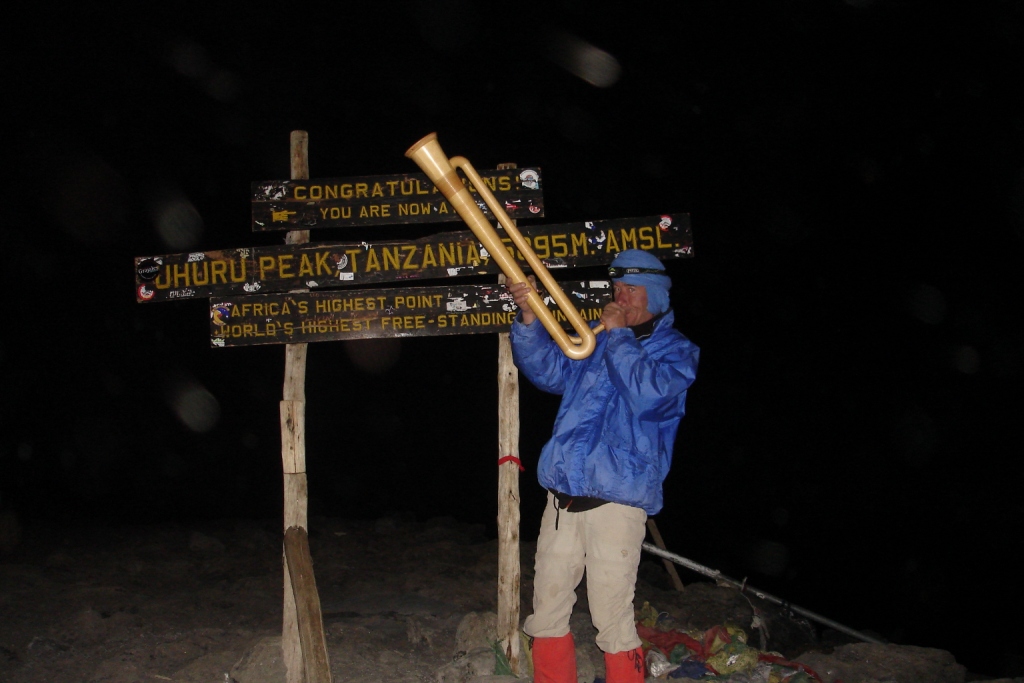 Despite that evidently rapid ascent, Markus still had the energy to blow his Swiss horn after they reached the top.
Posted by Madaraka at 13:18

I climbed Kili last April. Was quite the adventure - but it was great to be back in Tanzania.