The image of Tanzania's founding president that is depicted on the one thousand shilling banknote reminds me of a statue made by a Greek artist after Mwalimu Nyerere died in October 1999. The artist attempted to reproduce Mwalimu's image from a few photographs he had seen. The small bust he eventually made did not accurately reflect a likeness of Mwalimu, although there were some resemblances. However, most people who knew Mwalimu would have no difficulty in identifying the bust as representing a near resemblance of Mwalimu Nyerere.

The same can be said of the image on the banknote; it was a poor attempt to depict the actual face of the former president. It would appear as if it is the work of an abstract artist, more interested in artistic expression than showing what the person looked in real life. Some of us who knew the person say that the face on the note could pass as one of Mwalimu's cousins.

A Tanzanian who I believe has also been attempting to recreate a likeness of Mwalimu in statues is an artist based in Maswa, in Tanzania's Shinyanga region. He made a statue of Mwalimu Nyerere that, until a few years ago stood at a roundabout in Mwanza. That was before residents of Mwanza began complaining that the statue looked nothing close to what Mwalimu was. One morning, many years ago, residents woke up to find the statue gone, apparently removed by the City authorities.

Recently, the same artist made another statue of similar dubious quality that was erected at Butiama during last year's Nyerere Day commemorations in October. 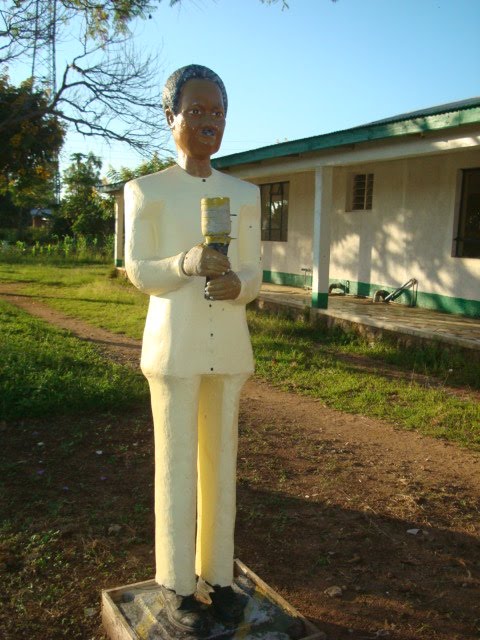 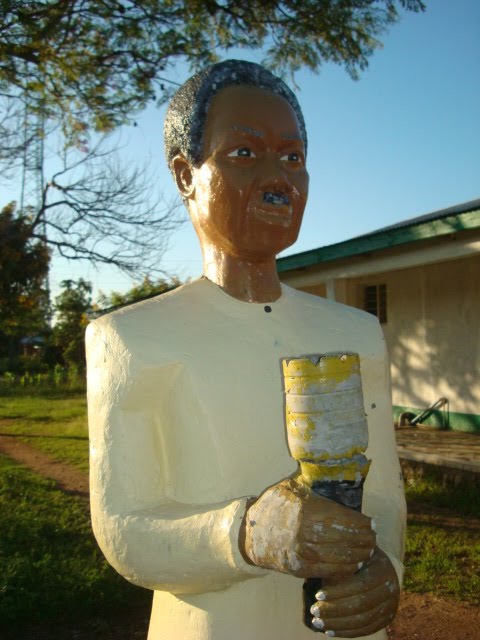 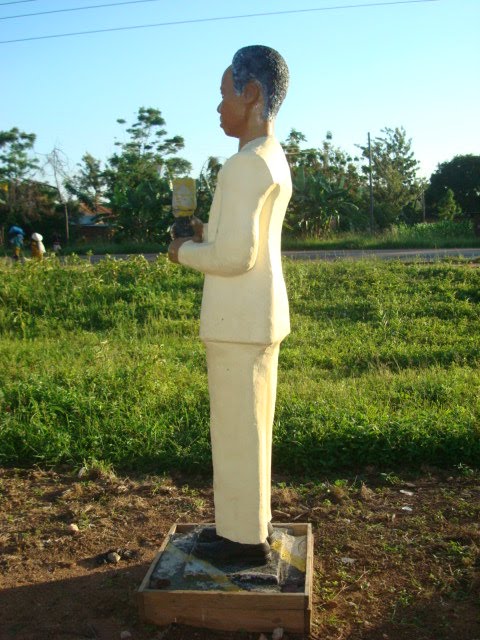 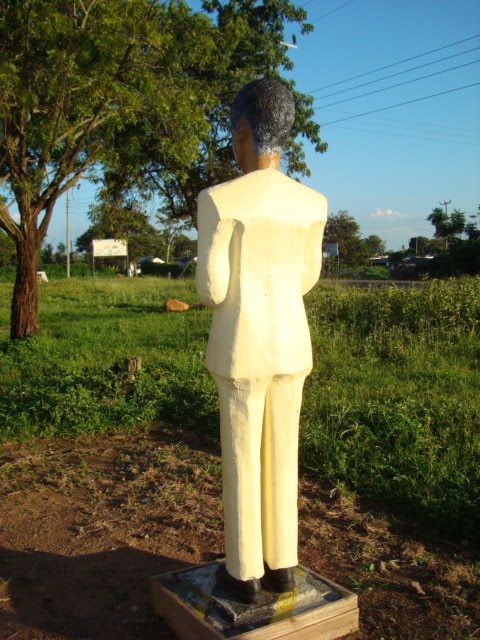