One of the the worst phrases in the airlines industry is...

For a long time I felt that one of the worst constructed phrases in the airlines industry is: "don't fill the air in your life jacket until you get off the aircraft." That is, until I saw a documentary of the hijack and eventual crash of an Ethiopian Airlines aircraft. Here's the link: http://www.youtube.com/watch?v=Y-o3UrCl22g

Air travelers regularly listen to safety instructions which include use of the life vest in cases of emergency. I have always wondered who was this genius who authored the rule on the proper use of a life vest in the event of an airplane crashing in water. That rule assumes that every passenger in an aircraft can swim. I cannot imagine how someone who cannot swim jumping into a body of water and attempting to stay afloat while simultaneously trying to fill the air in his life vest. It is impossible. 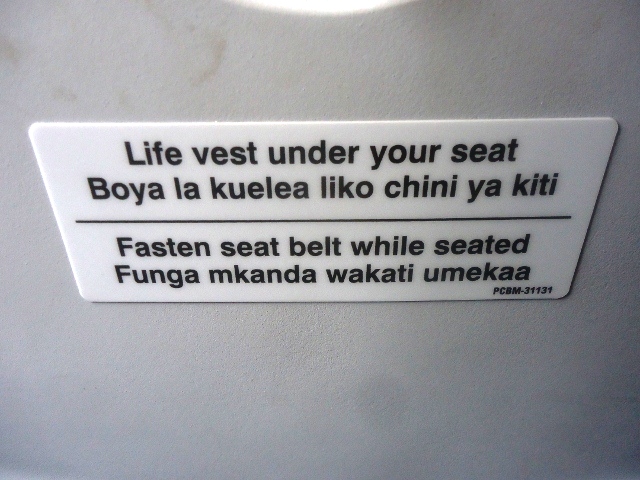 Having seen the documentary and seen how the passengers who had filled their life vests before the crash were trapped underwater and could not swim out of the sinking fuselage, I understand the rule but only barely. In the event of a crash, the rule still does not change the fortunes of the unfortunate passenger who cannot swim. In fact, chances for survival could be increased for such a handicapped passenger who fills with ri his life vest before the crash - in the hope that the fuselage busts open an impact and he finds himself floating in the ocean and only having to worry about how to survive the sharks.
Posted by Madaraka at 11:04

Truly bro, many shall continue to find it difficult to comprehend this kind of instruction let alone to practically do what is being announced with confidence.