I was invited to Zanzibar to attend the 39th death anniversary of Zanzibar's founding president, Sheikh Abeid Amani Karume.

The annual commemorations are held at the CCM headquarters at Kisiwandui, where Karume was assassinated in a room where I was informed he was playing dominoes, known in Zanzibar as dhumna. 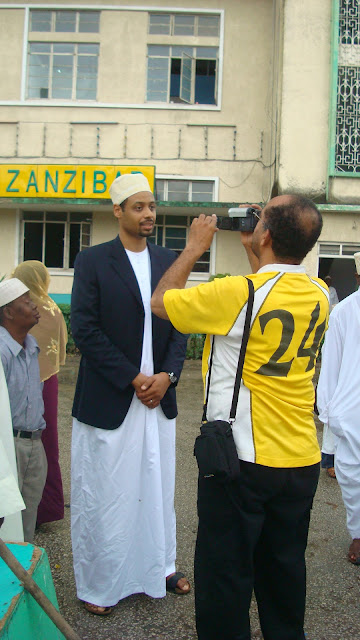 Outside, ITV's Farouk Karim interviewed Ahmed Amani Karume, one of the late Karume's grandsons.
Posted by Madaraka at 17:04

Email ThisBlogThis!Share to TwitterShare to FacebookShare to Pinterest
Labels: 2011 in review, people, travel