I drove to Mwanza and at the outskirts of the city I found myself behind a passenger bus whose owner is probably a fan of English Premier League side Arsenal. 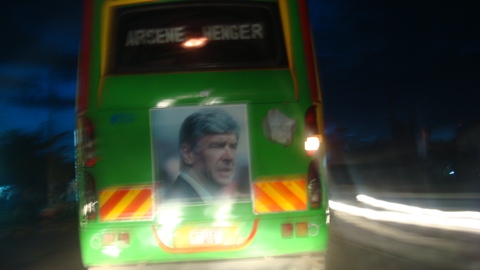 The rear of the bus had the image of Arsenal's manager, Arsene Wenger. Wenger has an asteroid named after him: 33719 arsenewenger.
Posted by Madaraka at 21:53

Email ThisBlogThis!Share to TwitterShare to FacebookShare to Pinterest
Labels: 2011 in review, on the road, this and that, travel