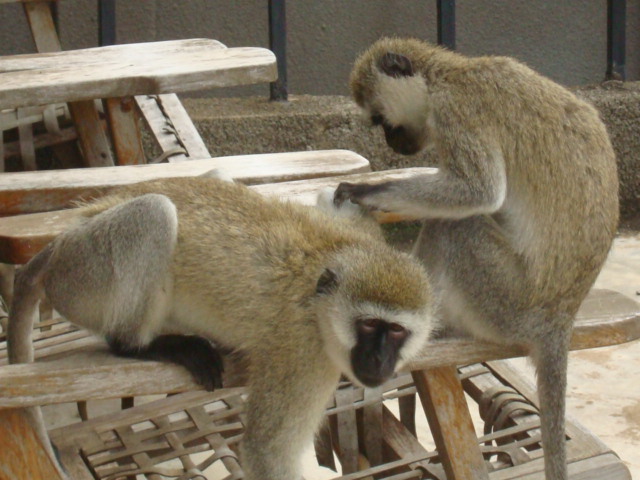 On International Workers' Day two velvet monkeys took turns to groom each other, picking ticks from their furs. 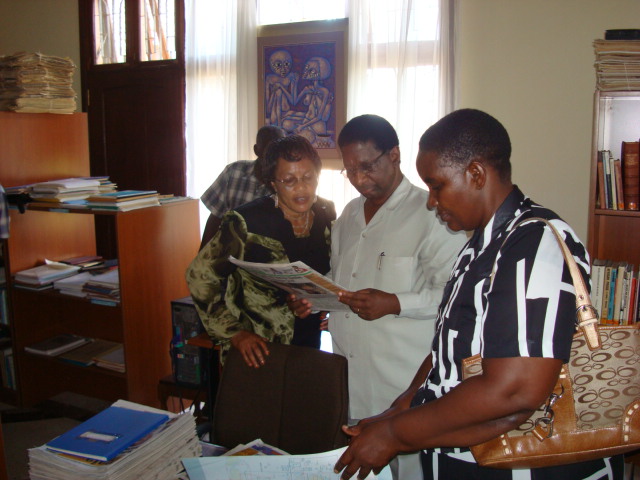 The recently-appointed District Commissioner for Musoma district paid a visit to Butiama. In the photo, above, Mr. Godfrey Ngatuni (second from right) with Mrs. Ngatuni to his right. 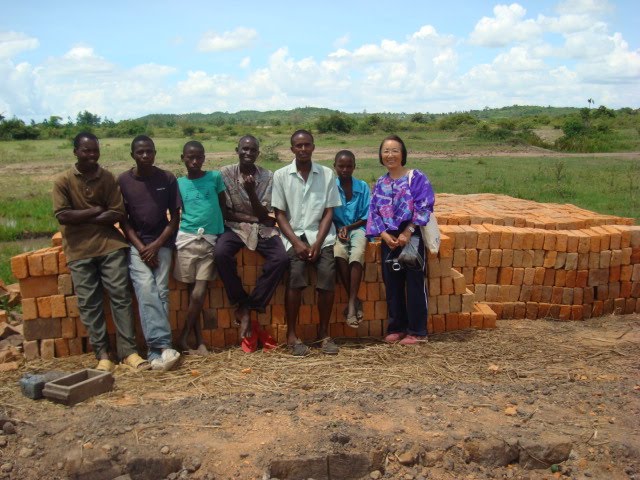 On her first day of a two-day visit, I took geologist Prof. Kazue Tazaki (photo above, 1st right) on a visit to a brick production site at the village of Magorombe, close to Butiama. Prof. Tazaki suggested to the youth to diversify production to clay figurines to sell as souvenirs to tourists. 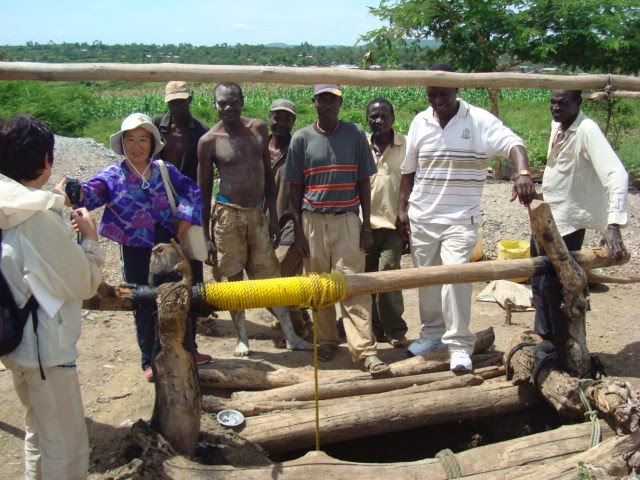 On the second day of her visit we visited artisinal gold miners at Buhemba, about half an hour's drive from Butiama, where I heard for the first time the word 'garimpeiro' from Prof. Tazaki. It is a Portuguese word that means gold prospector and is normally found in English usage to describe Brazilian gold prospectors.

The photo, above, was taken at a mine shaft which the Buhemba garimpeiros told us extends about 200 metres below ground and another 100 metres horizontally. During our visit, they pulled up their colleague who was hoisted up while he sat on a bucket attached to the yellow nylon rope. 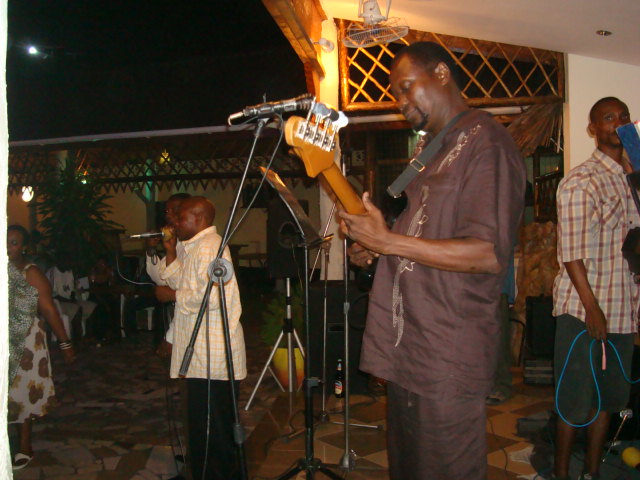 I attended the live music performance of Hisia Band at the Jolly Club in Dar es Salaam. Band leader and proprietor, the multi talented Abdul Salvador, normally plays the keyboard but he picked up the bass guitar for a few of the songs that evening.
Posted by Madaraka at 00:32

Email ThisBlogThis!Share to TwitterShare to FacebookShare to Pinterest
Labels: 2009 in Review, people, Visitors to Butiama