The receeding snows of Kilimanjaro

This photograph, below, of Mt. Kilimanjaro, which I took a few days ago while on a flight from Nairobi to Dar es Salaam shows very little snow on the eastern side of the mountain's highest peak, Kibo. Older photographs of Kilimanjaro show snow cover reaching almost half way down Kibo's slopes. 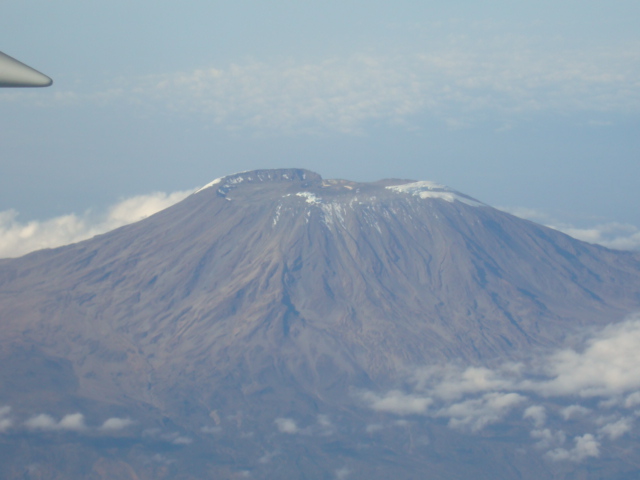 We are approaching the height of the warmer months in Tanzania and it is expected that some snow cover should be lost because of higher temperatures. However, the trend shows that global warming or - as others say, deforestation - continues to erode the snows of Mt. Kilimanjaro much faster than fresh snowfalls from the colder months can regenerate.

A few hours after taking this photograph, I was on another flight from Dar es Salaam to Mwanza and I noticed the mountain had far greater snow cover on the western side.

The photo, below, shows Mawenzi peak on the left, Kibo on the right, and farther in the distance, Mt. Meru. I have heard that moments before the sun rises, Kibo's shadow covers Mt. Meru, and those who have seen the sun rise over Kibo from Mt. Meru believe it is the most spectacular sight in this galaxy. 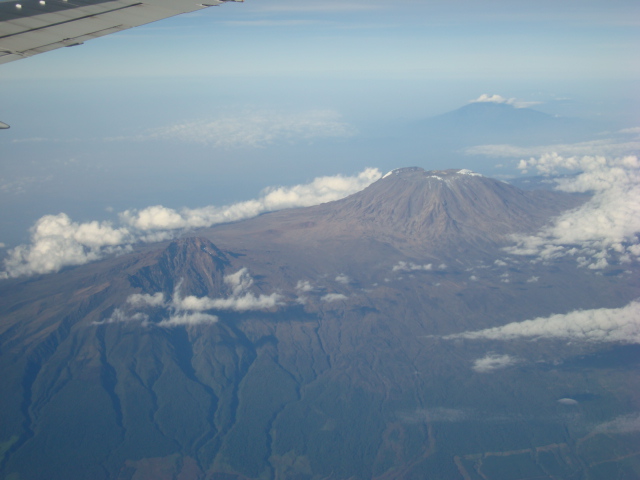 I am inclined to agree. During my Kilimanjaro climb in August I took the photo below from Barafu Camp on the slopes of Kibo showing Mawenzi just before sunrise. 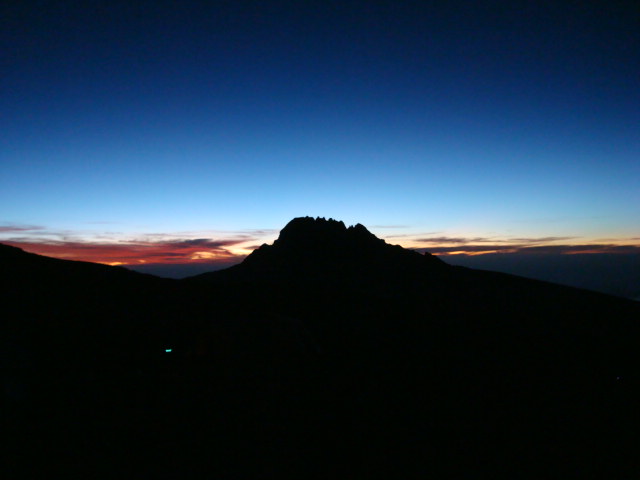