A climber shares his observations on Mt. Kilimanjaro

When I climbed Mt. Kilimanjaro three months ago, I shared the ordeal (it used to be an ordeal, not anymore) with Le Hu Dyuong, a software engineer from Vietnam. He shares his observations and his photographs of the climb:


Although it does not have the highest elevation, Kilimanjaro is the tallest free-standing mountain in the world, rising from its base to the highest Uhuru Peak at 5,895m (19,340ft) in Africa. Everest and other Himalayan peaks rise from an already high plateau. 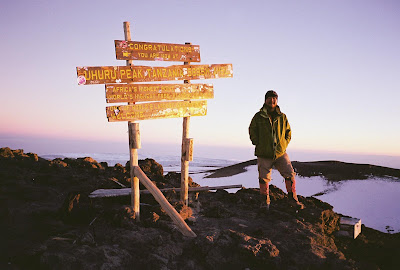 The origin of the name "Kilimanjaro" was never satisfactorily explained. One theory, more or less adopted by early European explorers postulates that it comes from ancient Swahili 'Kilima' (hill, little mountain) and 'Njaro' (white, shining). As to why the diminutive word Kilima is used instead of the proper word for mountain 'Mlima' is anybody's guest.

Anyone who has seen Kilimanjaro at sunset or sunrise will tell you that it's a magical experience. As I was admiring the numerous views of 'Kili' during my climb all the 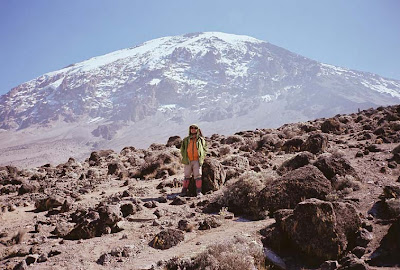 way to the top, I also felt a rather poignant irony: the magnificent scenery unrolling before my eyes, a majestic sight, is only a fraction of its original glory...

Perhaps more than any other sight in Africa, and indeed the world, Kilimanjaro has come to symbolize the tragic fate which many of the wonders of the world have been facing due to the devastating effect of global warming. 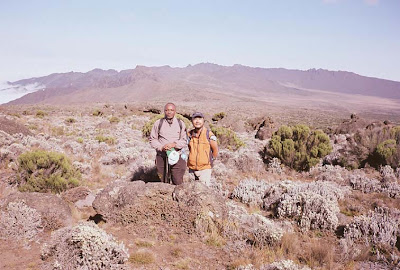 When Ernest Hemingway wrote The Snows of Kilimanjaro, he probably could never have imagined that some day, the title of his short story would become obsolete: with the most recent ice cap volume dropping by more than 80 percent, it is estimated that the famous snow dome of Africa's highest peak will disappear between 2015 and 2020!

The consequence is more than aesthetic: the glaciers have been the sources of water for the surrounding plains of cultivation all the way to the swamps at Amboseli National Park in Kenya, famous for its elephants bathing in the swamps. 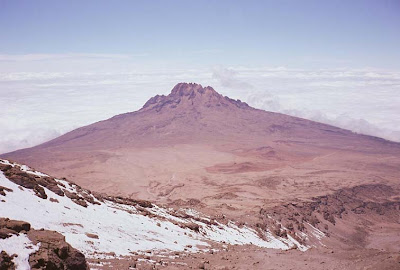 Mt. Kenya, Africa's second tallest peak which provides water for almost 80 percent of the Kenyan population shares a similar predicament. During my recent climb of both mountains I observed vast tracts of barren rocks exposed by the once glorious glaciers which now exist only in old photographs.

Let us take a short moment of our busy daily lives to reflect on what we can do, no matter how insignificant the action may seem, to preserve the magic of our natural heritage and the beauty of our blue planet for future generations. 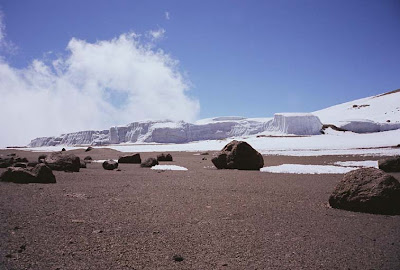