The rivalry between the two political parties is reflected in the photograph, below, showing the flags of both parties flying high on a treetop in the town of Bunda in Mara region, CHADEMA's flying slightly higher. 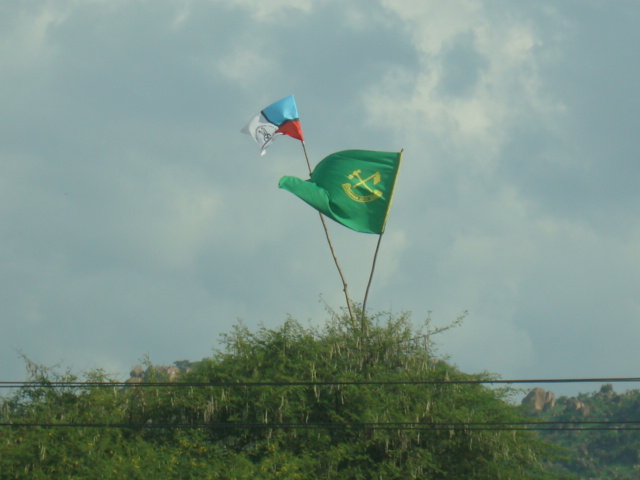 The National Electoral Commission continues to release results of the presidential elections, with CCM's presidential candidate and incumbent, Jakaya Mrisho Kikwete, holding a clear lead ahead of other candidates.