The latest from Zimbabwe 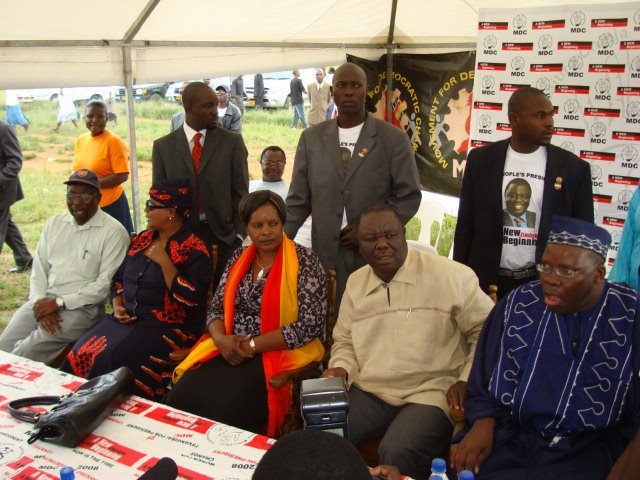 Tsvangirai appointed Tendai Biti, seated on the right, as Finance Minister. Biti has been reported saying one of his immediate priorities will be to sack Zimbabwe Central Bank Governor, Gideon Gono who his party accuses of mismanaging the Zimbabwean economy.

Also in the photo are Mrs. Susan Tsvangirai, third from right, and on her right, Thokozani Khupe, MDC's Deputy president.

With these significant steps towards forming an inclusive government, the current power-sharing agreement appears to have gone a step further than previous agreements that have faltered. One hopes that a fresh page has been opened to enable Zimbabweans to concentrate on mending their divisions and working together to restore Zimbabwe's position as one of the leading members of the SADC community.

Email ThisBlogThis!Share to TwitterShare to FacebookShare to Pinterest
Labels: people