Ayoub Laizer (on my left in the photograph, below) has not cut his hair since his early years in primary school. He works at IBRD's Musoma office and recently visited me at Butiama. 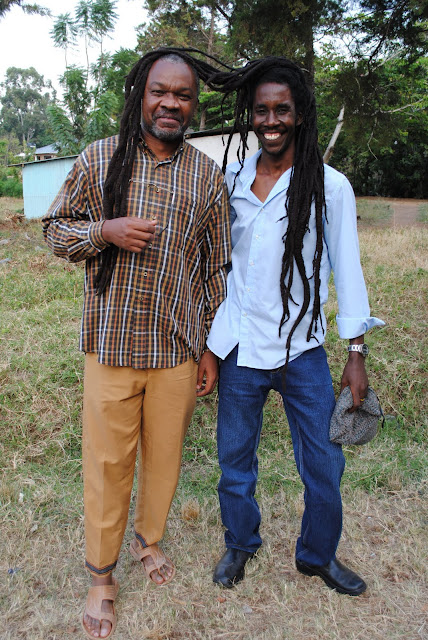 I mentioned to him the fact that I had toyed with the idea, a long time ago, of growing my hair just as long but decided against it because I thought of the negative reception I would receive, aware that society has preconceived notions of what they see in individuals with dreadlocks.

I retold an incident involving Mwalimu Julius Nyerere during Zimbabwe's independence anniversary celebrations where the late Bob Marley performed a concert at Harare's Rufaro Stadium as part of those celebrations in April 1980. Before the concert, Bob Marley was asked to shake hands with all the dignitaries present, including Mwalimu Nyerere who, I was told, had little enthusiasm for the reggae star. That was before Marley strapped on his guitar and played.

What was concealed by his image was laid bare by his lyrics. When Mwalimu Nyerere heard Marley's powerful lyrics on African unity and his prevalent message against oppression, Mwalimu Nyerere is said to have become so enthralled by the artist that he almost stood up to dance. And we know he was not an outstanding dancer. Marley's lyrics struck a chord with Mwalimu's Pan Africanist ideals and Mwalimu's concept of human dignity and justice.
Posted by Madaraka at 13:26