Friday 2 October
"Fun" is not always accurate in describing climbing Mt. Kilimanjaro. When I say fun I actually mean the hard work. The second day of the Kilimanjaro trek on the Lemosho route involves a long walk. We bypassed Shira 1 Camp and camped at Shira Camp, our destination on this day. I recall that day last year as being particularly difficult. 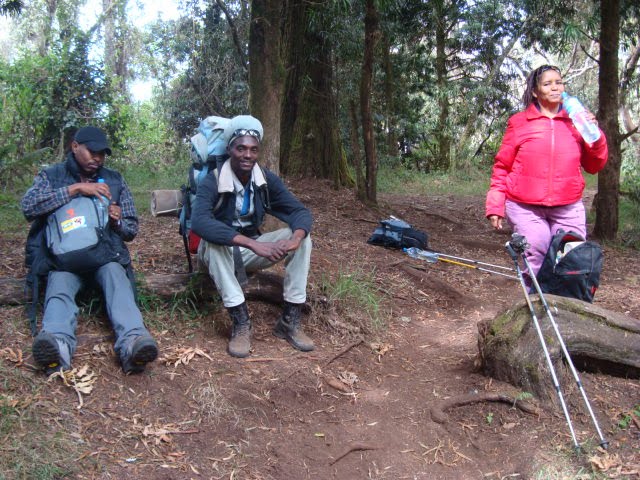 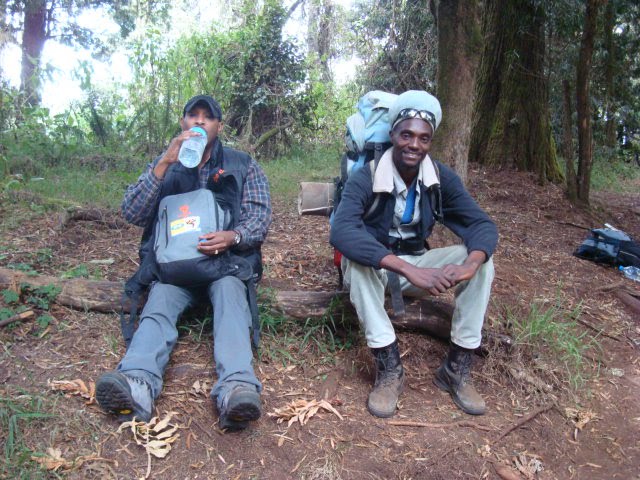 We walked from Big Tree Camp through the Shira Plateau to East Shira Hill. The Shira hills are described in literature as part of an extinct volcano whose peak stood much higher than Uhuru Peak. 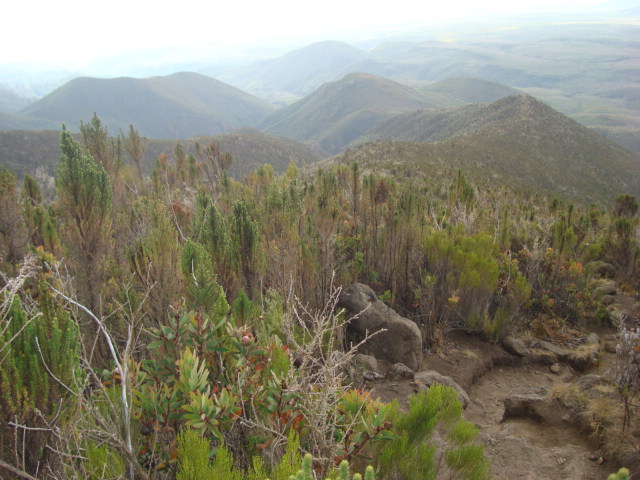 While on the plateau, and just before climbing towards East Shira Hill, it began to rain, and I remembered I had forgotten a nice raincoat that I had specifically bought recently in South Africa specifically to prevent getting soaked on Mt. Kilimanjaro. This was another instance of the disadvantage of failing memory when climbing Kilimanjaro.

The view from the top of East Shira hill was stunning. Yahoo said the altitude was 4,000m and it is a detour from the main route which is recommended on the Lemosho route for acclimatizing climbers. Think of it as a vaccination against altitude sickness.

The East Shira Hill detour made me worry that Notburga might not cope well with climbing Kilimanjaro. It appeared she sometimes had difficulty with breathing, and it was only the second day. Gerald, on the other hand, appeared to be coping well and he had a sense of humor that was absolutely necessary in tackling the difficult stages. My worries about Notburga were later proved baseless.

At Shira Camp I met a guide who I also met last year and felt it was a remarkable coincidence. Unless you are a guide or a porter the chances of meeting someone you know on Mt. Kilimanjaro are quite remote.

Next: Gospel music on the mountain
Posted by Madaraka at 12:40