Some geological history from Mara region

About 20 kilometres before reaching Butiama on the Mwanza - Musoma road, travelers approach these three hills (photo, below): Kihuzu (1,684m) on the left, Makerere Mkubwa in the middle, and Muganzo on the right. The road cuts between Makerere Mkubwa and Muganzo. 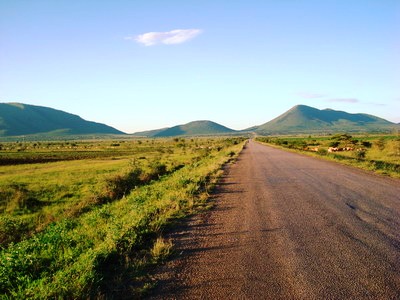 Several years ago I met a lecturer from the Geology Department of the University of Dar es Salaam who informed me that one of the two hills on the left side of the road is over half the age of our planet Earth; the trouble is I cannot remember which of the two hills he identified.

I am assuming it is Makerere Mkubwa; I stand to be corrected.

Makere Mkubwa has some interesting geologic history. First, a little earth history: Planet Earth is estimated to be 4.56 billion years old. The African continent consists of various types of rocks, but predominantly five ancient Precambrian cratons: Zimbabwe, West Africa, Kaapvaal, Congo, and Tanzania. A craton is a segment of the continent that has remained tectonically stable and relatively earthquake-free for a long period.

The Precambrian geologic period ranges from 540 to 3.8 billion years, although, as with most science, there is no consensus of this lower limit. Thus it has not been officially recognized by the international scientific body that stamps approval on geologic dates, the International Commission on Stratigraphy. I am just fascinated that every so often I drive past a hill composed of rock material that is at least 540 millions years old and could be a few billion years old.

Email ThisBlogThis!Share to TwitterShare to FacebookShare to Pinterest
Labels: on the road