Palme was walking back from a cinema to ride a subway home after watching a film with his wife and was attacked by a lone gunman who immediately fled the scene.

Numerous investigations have failed to solve the murder after an initial conviction of manslaughter of Christer Pettersson was overturned by a Swedish court. After he was killed Swedish law was changed to extend the 25-year limit to murder investigations to allow his murder investigation to remain open.
Numerous theories have been developed to solve his killing, all inconclusive. These include suggestions that his killing was ordered by the Yugoslav Security Service, the South African Apartheid regime, or the CIA.

As prime minster Sweden was a staunch follower of non-aligned policies towards the superpowers. He supported African liberation movements and developed close relations with Tanzania under President Mwalimu Julius Kambarage Nyerere, a leader whose government was in the forefront of providing support to Africa's liberation movements.
Posted by Madaraka at 05:57 No comments:

Email ThisBlogThis!Share to TwitterShare to FacebookShare to Pinterest
Labels: Mwalimu Julius Kambarage Nyerere, this and that

When I wrote about his possible political ambitions in 2008 it appeared to me that he placed a higher priority on his soccer career.

George Tawlon Manneh Opong Ousman Weah is 51 years old and was FIFA Footballer of the Year in 1995. He also won the Ballon d'Or and was the first African to win these two prestigious awards.

Some of the teams he played for include Monaco, Paris Saint-Germain, Milan, and Manchester City.

In politics, he ran against and lost to outgoing president, Ellen Johnson Sirleaf in 2005. He was elected to the Liberian Senate in 2014.

If he still occasionally puts on his soccer boots, he would be the second African soccer playing president, after Burundi's Pierre Nkurunziza.
Posted by Madaraka at 18:06 No comments:

The League of Nations sought a world peace that remains elusive

The principal objective of the League of Nations was to maintain world peace, a quest that has remained elusive throughout.
The League had 42 founding members who agreed to avoid future wars through collective security and disarmament, and settling disputes through arbitration and negotiations.
Fast forward to today and throughout the existence of the United Nations and it would appear that humans are still grasping to learn the principles of the maintenance of peace. There have been more than 180 armed conflicts in the world between 1900 and today, claiming an estimated 80 million battle-related deaths.

As the United States flexes its muscles against North Korea, we know we still have a long way to go to grasp the painful lessons of war and find a lasting solution to the elusive nature of the peace we claim to cherish.
Posted by Madaraka at 11:29 No comments:

it is the 37th anniversary of Voyager I's Saturn approach

This day, 37 years ago, NASA's Voyager I spacecraft approached Saturn and sent back images of the outer planet.
The spacecrafts' statistics are mind-boggling:

YouTube video links:
Voyager 1 trajectory through the Solar System
Voyager 1: The Complete Story [1977 - 2017]
Posted by Madaraka at 13:56 No comments:

Today is International Day of the Girl Child

It's United Nations' International Day of the Girl Child today. 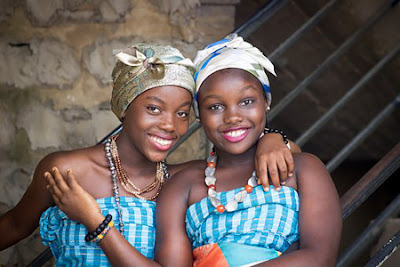 It is a day for reflecting on the plight faced by adolescent girls worldwide and the challenges that constrain their empowerment and human rights.

Customs and traditions throughout societies have provided lifelong advantages to the boy child and left girls with less opportunities for their education, security, and a healthy life.

As we mark the fifth year since its launch, let us join forces to increase efforts to raise opportunities for girls on an equal par to the opportunities given to boys.
Posted by Madaraka at 01:10 No comments:

Email ThisBlogThis!Share to TwitterShare to FacebookShare to Pinterest
Labels: this and that
Older Posts Home
Subscribe to: Posts (Atom)